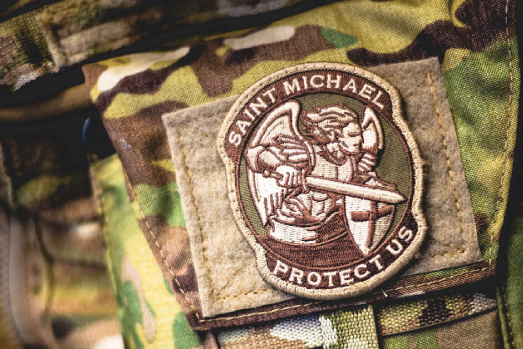 South Korea has been home to American troops for almost 70 years, but now that all could change.

As a part of the nuclear deal, North Korea is asking that the American troops no longer be stationed in South Korea, but South Korea has a differing opinion. They want the troops to stay as a form of defense against their counterpart in the North. On the other side, we have President Trump who would like to lessen the numbers allegedly for financial reasons.

Most of the military presence is there strictly for training purposes. Each year they hold an exercise where they combat a mock invasion. North Korea does not approve of these events, yet they conduct their own versions as well.

Instead of seeing these exercises as purely defensive, North Korea views them as practice attacks and as a result, wants the US troops to be gone. South Korea believes that the American soldier presence is not something that North Korea has a right to meddle in and wants them to stay.

WHAT DOES OUR PRESIDENT THINK?

Trump has no intention of removing troops at the moment, but he does stress that in the future it would be a good way to cut costs. Each year, South Korea spends $800 million on the U.S. military presence, but this is only about half of what it actually costs to keep them there.

Many have begun questioning the necessity of stationing troops in Korea and even have started bringing up Japan as well.

Supporters claim that the military presence acts to stabilize the region and show our commitment to the governments in the areas. Not only are the troops presence necessary signs of support, but they also offer protection over the seas and make sure no one is trying to control the waterways.

Opposition says that the troops are not necessary. South Korea is no longer weak and would be more than capable of defending itself against the North if it ever came to a conflict. The U.S. military presence doesnt really bolster South Koreas defense, it only allows them to have a decreased military budget.

It seems there are two sides to this story. Some who believe that the military presence is needed and others that think its time to move on. This is not the first times this situation has been discussed as Jimmy Carter brought up the same issue in the 70s, but it resulted in no changes.

What are your thoughts about this? Should we evacuate South Korea or keep our forces there? Comment down below!

No matter what the answer to this may be, one thing is for sure. We need to keep our military strong and we need to be supporting our troops in any way we can.

We want to hear your opinions! We need to be starting conversations so we can understand even more what our veterans need. So go ahead, tell us what you think or let us know about any personal stories by commenting on this post.

Change needs to be made when it comes to veteran care. The VABA wants to ensure that our vets are being treated fairly by bringing to light issues that exist and by highlighting those who are creating solutions. For as little as $25 annually, you are adding your name to a group of people who believe in solving problems, not making excuses.

By enrolling today, your voice will be unified with the voices of those advocating for veteran-related issues.

You will receive information on issues affecting our men and women and action we are taking.

You can become a VABA ambassador, creating influence in your local community.

You will have a platform to share your concerns, thoughts, and experiences with our membership.

You will receive our monthly newsletter outlining newly posted benefits and services for veterans that you can share with those in need.

Register today to become a member, stand for creating change, and support the very best services available for our men and women who served.